Wearing nappies during the day in school 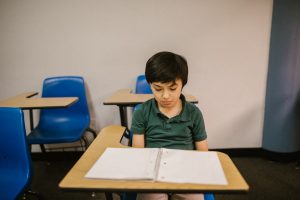 As a bedwetting treatment specialist for over 30 years I’ve seen and helped tens of thousands of enuretic patients from age 4 up to 35 all around the world.

I think that older children wearing nappies during the day in school is bizarre, inappropriate and damaging to say the least.

In rare cases, there is a medical cause that prevents the child from controlling his or her urine during the day; for example, severe mental retardation or Spina Bifida, a developmental congenital disorder of the spinal cord, caused by the incomplete closing of the embryonic neural tube and is manifested by complete inability to control the bladder. We can also find it with children with severe behavioural problems where the diurnal enuresis is a symptom of an emotional problem in the child’s life. However, those are rare cases. Moreover, if the child is not wetting the bed while he is asleep, but wet during the day, this rules out any medical cause since the same urinary system is used in both.

Some children, often between the ages of 4-8, have issues with dribbling, when a few drops of urine are discharged before the signal is sent to the brain to contract the muscles. This typically happens when a child is busy with an activity that requires mental concentration.

A normal and healthy child is physically and mentally capable to recognize the signal and to respond accordingly. For some children, due to late maturation, this ability will be developed slightly later (up to age 4-5); this is not referring to dribbling or to giggle micturition (urine discharge as a result of burst of laughter).

Using nappies is an easy but incorrect method to deal with enuresis. It is perfectly alright when pull-ups are being used with 4-5 years old but when it is being used with older children, it is a big mistake. It suppresses any motivation to become dry; the message delivered by the parents is that they anticipate that their child will have an accident and that they do not expect him to cope with the problem. Instead of dealing with the issue they perpetuate it. There is no learning process. As the child’s age progresses it might lead to low self-esteem, low confidence and additional emotional problems that could and should be avoided.

To sum-up, use of nappies at school age is completely wrong and unjustified under any circumstances except for rare medical cases.