The Paula Method and Bedwetting 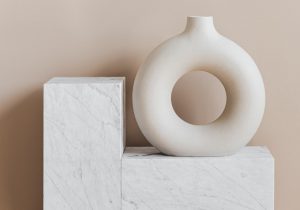 At the age of 35, Paula Garbourg fell ill with an incurable muscular dystrophy. Despite the doctors’ determining that the disease would confine her to a wheelchair for the rest of her life, she decided to look for ways to improve her motor ability by training. As a former ballet dancer, Garbourg formed the basis for the exercises she later developed.

Due to her physical limitations, which prevented her from making use of most of her muscles, she focused on the sphincters. The sphincters are the ring muscles in the human body (some voluntary and some involuntary), located around the body orifices: eyes, nostrils, ears, mouth, urethra and anus; as well as non-annular muscles: eyebrows, eyeball, nostrils, tongue, ears, palms and legs.

The exercise led to a very significant improvement in her condition. She found a connection and constancy between the motions and movements she practiced. Eventually, Garbourg turned her personal experience into a method named after her. She passed away at the ripe old age of 97.

The stimulation of a single sphincter in the body (eyes, mouth, anus, etc.) by contracting and releasing it, causes other sphincters and other muscles in the body to function as well. According to this rationale, a wetting child’s bladder sphincter that is not functioning properly can be activated correctly by using other well-functioning ring muscles such as eyes, mouth and the like. Activating the other muscles will eventually activate the bladder sphincter.

In my experience with treating bedwetting children, the Paula Method is very effective when used as part of a treatment plan consisting of different proportionate elements, and not as an individual treatment. Accordingly, we use this method as part of our bedwetting solution, as well as other results-oriented methods and exercises.