A Shift in Mindset – How the Medical Community Deserves to Change It’s Thinking on Pediatric Bedwetting by Dr. Jacob Sagie, Ph.D. 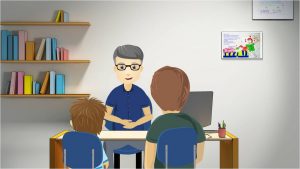 After thirty years as an expert in the treatment of pediatric bedwetting, I’ve had the chance to lecture at my fair share of medical symposia and conferences all around the world.  Most often, the venues are medical conferences where my audience are pediatricians and in some cases they are physicians from other medical disciplines likes GPs or urologists.

I almost always open my remarks with a question posed to the crowd. Presenting a case that I have seen hundreds if not thousands of times, I describe a seven year old boy, otherwise healthy who has been under the doctors care for his entire life and suffers from chronic bedwetting – known in the medical literature as enuresis.  During the day he has full bladder control. “How,” I ask the esteemed medical collogues in the room,” would you approach the patient?”

Almost unanimously, regardless of where in the world I am presenting, the answer comes back that the doctor should run a series of blood and urine tests.  With the knowledge that almost 99 percent of the time the tests will come back negative, demonstrating no medical problem, I ask the audience what they would do next. The well-intentioned physicians reply that they would run more tests with the typical course of tests ending with a Urodynamic test- which any urologist can tell you in quite invasive and particularly uncomfortable for the patient.

Having witnessed this line of questions and answers countless times over my career and knowing that medical factors are very rarely the causes for pediatric bedwetting, I have become more committed to helping pediatricians avoid the pitfalls associated with understanding why a child wets his or her bed.

Doctors are trained –and rightly so – to identify medical causes for a patient’s problem.  He or she listens to the patient and then pursues a diagnostic protocol to determine the cause and create a treatment regiment.  Most of the time such a sound and responsible investigate approach is 100 percent in order.

But bedwetting, despite being linked to a bodily function, is not a medical disorder. It is a behavioral disorder that can be relatively easily treated if the physician, together with the child and his or her parents, are willing to accept this shift in thinking and take the proper steps.

So what are those steps?

If all these steps match up, then the doctor will have the answer we need – It’s a behavioral issue and basic behavioral therapy will more than likely fix the problem.

But medical doctors aren’t trained to deal with non-medical problems and will typically pursue one of several possible actions.

The first and most common is the “he/she will grow out of it” so be patient and it will pass. The second option is the pharmaceutical option- most often a drug called DDAVP.  The drugs may work while the patient is taking them but have side effects and in more than 60 percent of cases relapse will occur as soon as the regiment ends. The third, and most frustrating option for the patient is when the doctor will continue to insist that the problem is physiological and run endless tests on a wild goose chase that defy logic and basic science.

Many well intentioned but less informed doctors will try to offer the patient some form of treatment like advising the parents to wake the child at a specific time and limit fluids during the evening hours.  While performed with the best of intentions, this will rarely work because it is not properly conditioning the patient’s behavioral process.

Least often, a doctor will recognize that he or she is out of her element and refer the patient to a recognized bedwetting therapist or clinic.  I say least often from experience but also because I know, and recognize, that we all have professional pride and admitting that we can’t help our patients is perceived as a failure.

With these conclusions, I firmly believe that the basic mindset in the minds of our children’s doctors needs to change when it comes to bedwetting.  I know that pediatricians are almost exclusively well-intentioned, knowledgeable and level-headed professionals who want to do what is best for their patient.

But when it comes to bedwetting, our doctors haven’t been educated to take the necessary steps to what is best for the patient in their care.  They believe that enuresis is like the hundreds of other maladies they see each and every day, and a specific pharmaceutical remedy or the “wait and see” approach will work.  For all the reasons mentioned above, those approaches will rarely be successful.

Remarkably, childhood enuresis is the second most prevalent pediatric behavioral disorder affecting some five to seven million American children at any given time but the vast majority of these cases are not being effectively treated.